Tríptico Building in Córdoba is divided into three vertical houses

Architects Mariela Marchisio, Cristián Nanzer and Germán Margherit have completed a concrete building in central Argentina that contains a trio of tall, skinny residences designed for both living and working. 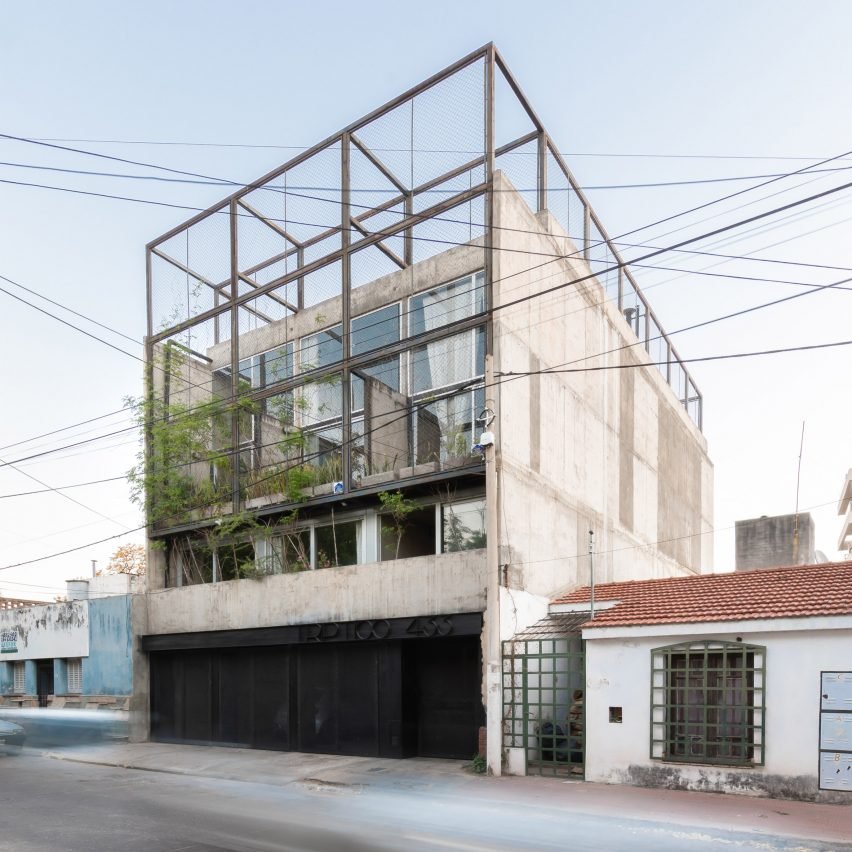 The Tríptico Building is located within the Ducasse neighbourhood on the northern outskirts of Córdoba, Argentina. It sits near a commercial sector that was once a hub for automotive parts and is now in the midst of a transformation. 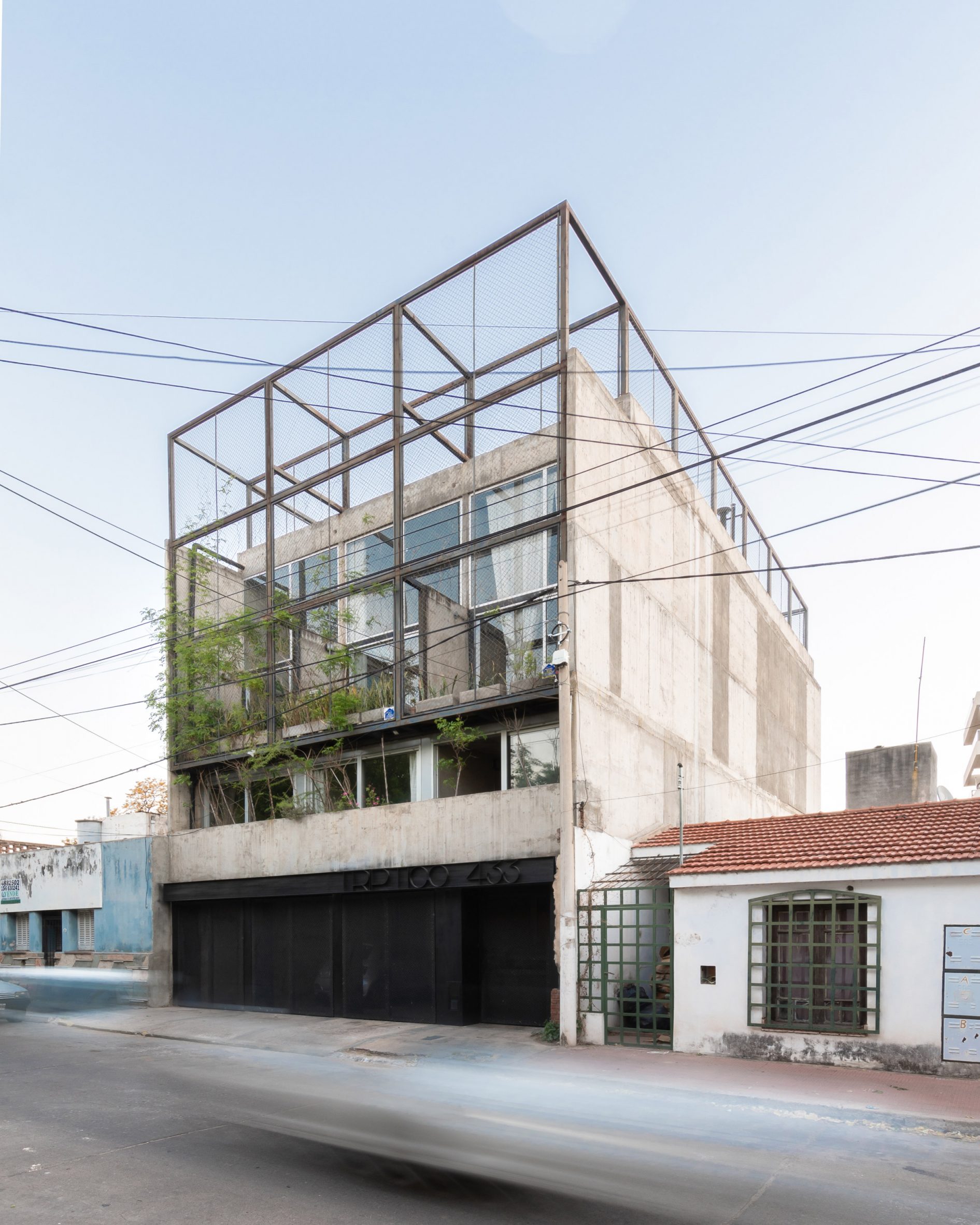 The Tríptico Building is in central Argentina
Designed by three local architects – Mariela Marchisio, Cristián Nanzer and Germán Margherit – the multi-unit building occupies a lot that is 10 metres wide and 25.7 metres deep, and bounded by party walls.
"The whole building is a typological essay on densification in a degraded neighbourhood area, but with a strategic location in relation to the services of the city centre and the linear park of the Suquía River," said the architects. 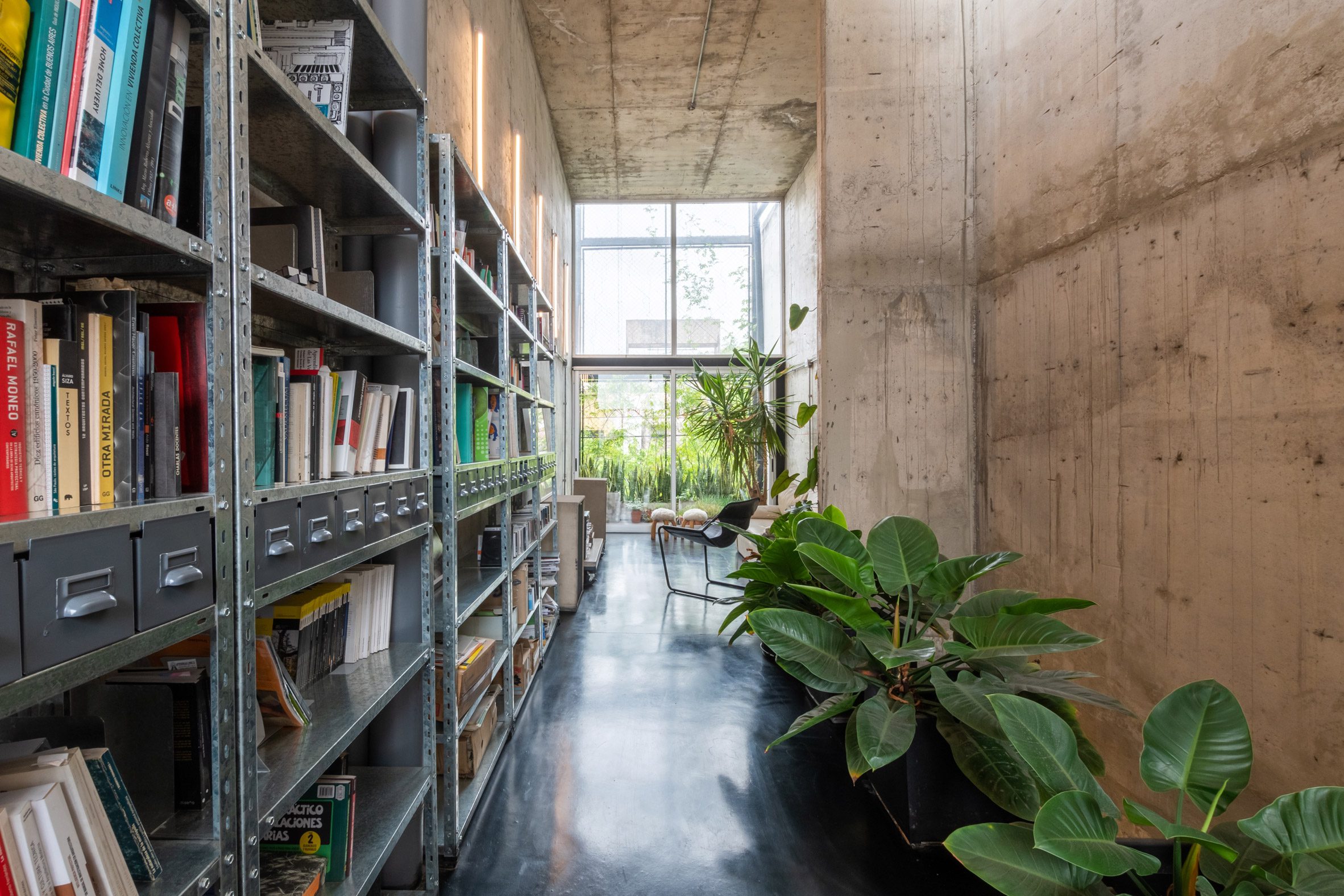 The building is a trio of narrow residences
Envisioned as a trial in "micro-density", the 514-square-metre building comprises a trio of narrow, three-storey residences that are placed next to each other, rather than being stacked.
Each dwelling's interior is 3.13 metres wide and 18 metres tall. Levels are linked by a staircase in each unit. 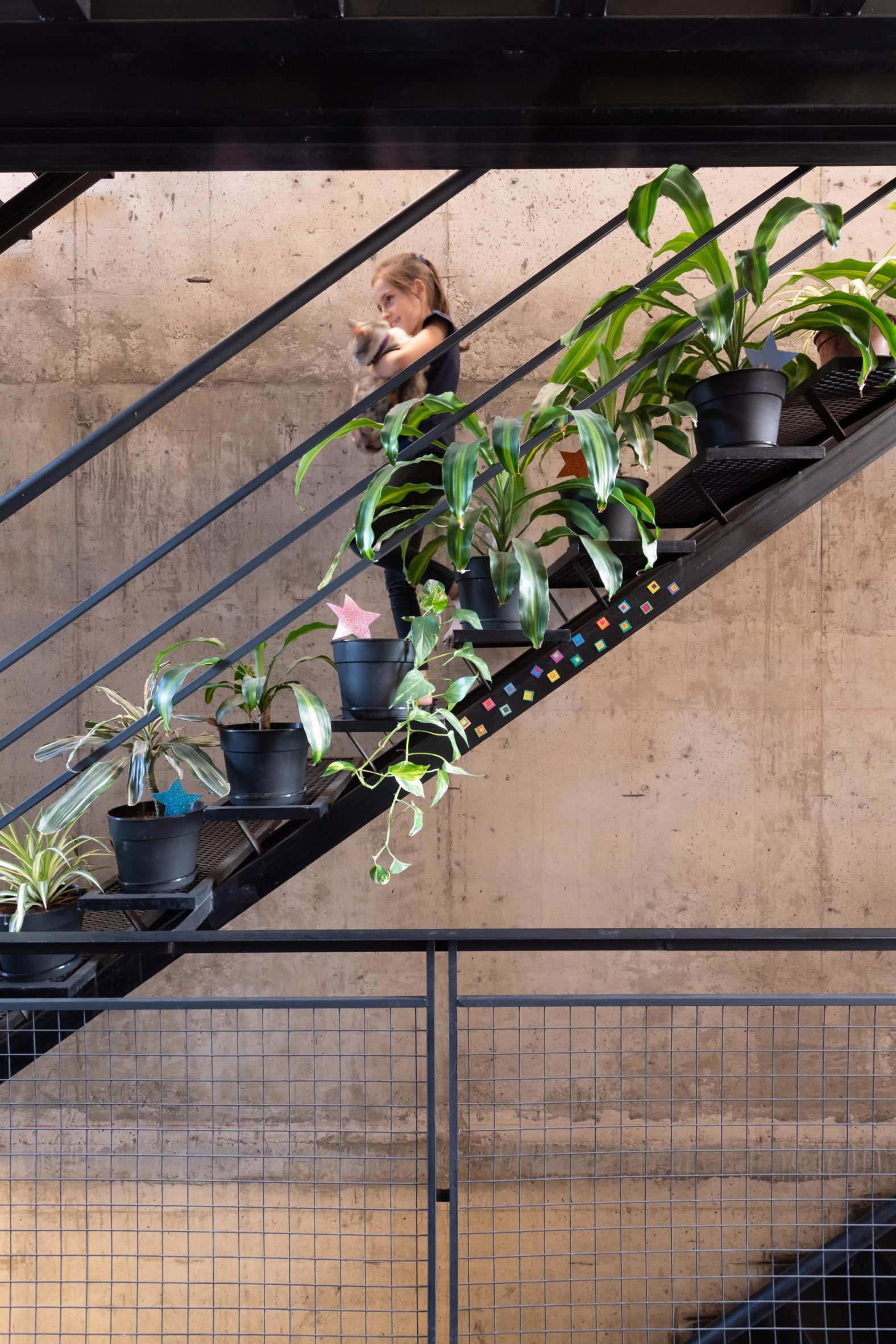 The levels are linked by staircases in each unit
"The typological concept of the project is based on three vertical houses, not stacked but attached to each other along their side boundaries, all with double ventilation," said the architects.
The design takes cues from Japanese precedents, such as the vertical houses in Tokyo by architect Waro Kishi. The concepts underlying those homes were translated using "South American eyes and hands". 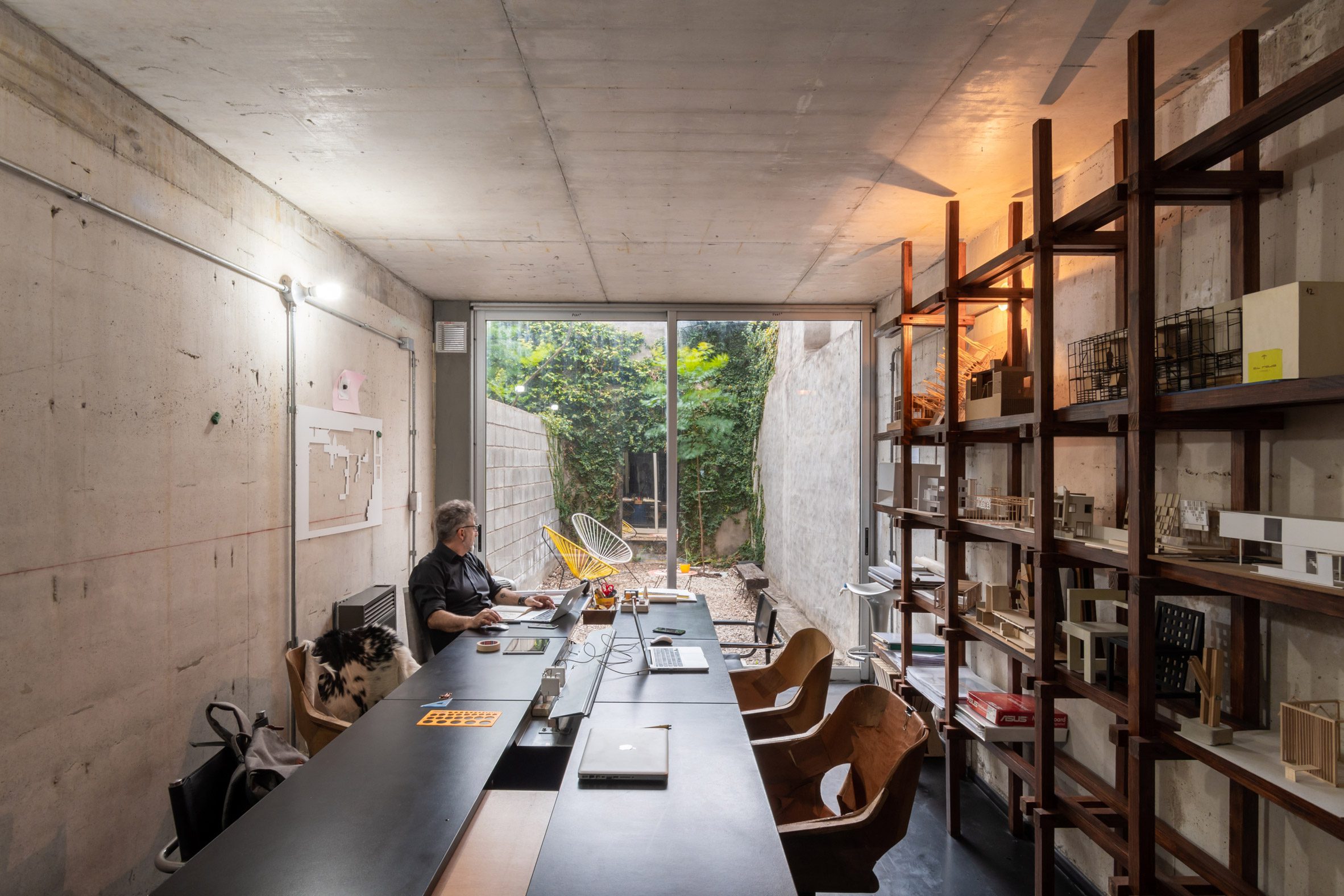 A workspace leads to a small courtyard
The units within the Tríptico Building are designed for both living and working.
A study and workspace are found on the ground level, which also offers a small courtyard that can serve as a barbecue area or children's play zone. 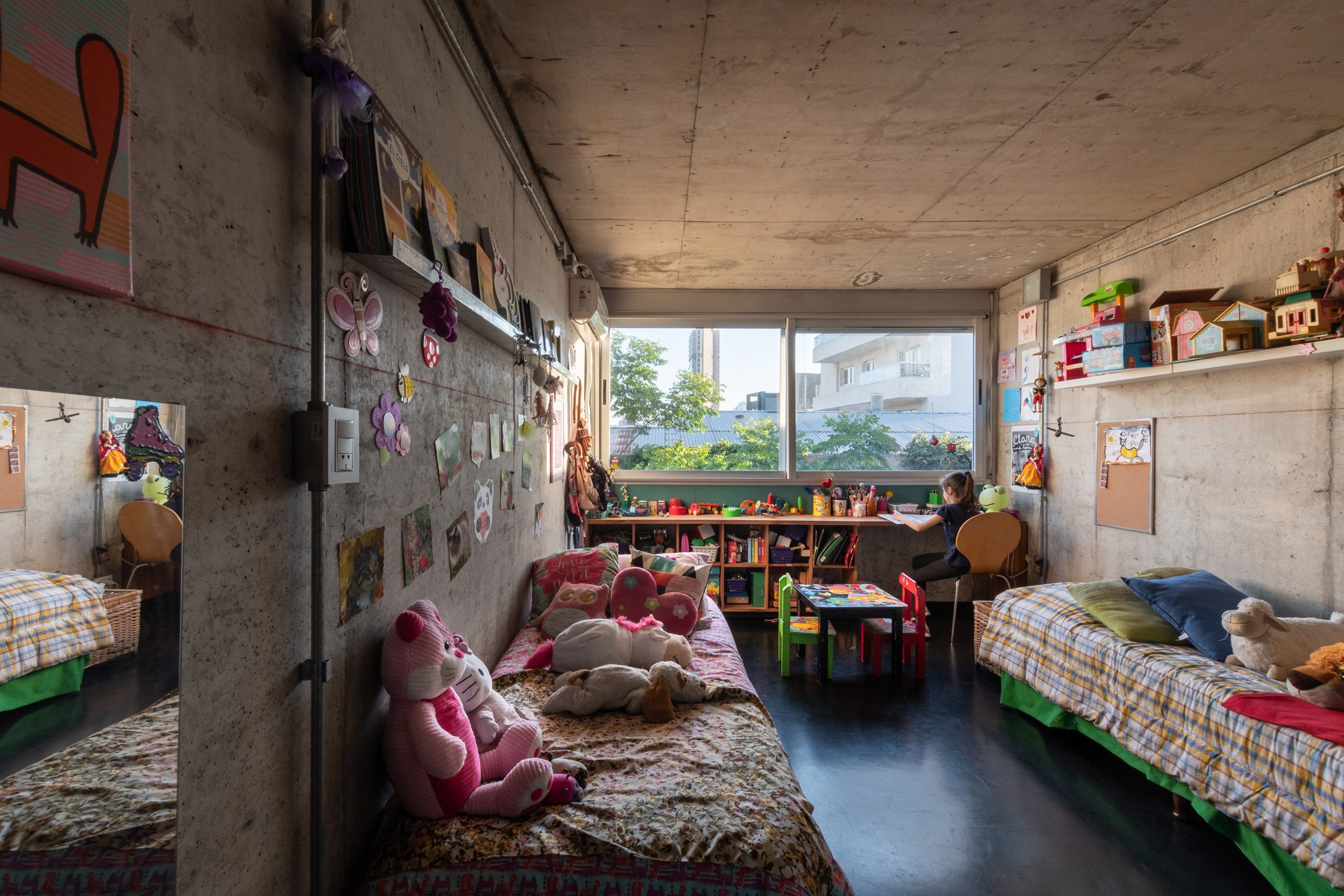 A children's bedroom in the Tríptico Building
The second level holds two en-suite bedrooms that can be converted into a workspace if needed.
The third storey, which is double height, encompasses a living room, kitchen, dining area and balcony.
This level also provides access to a rooftop terrace that is shared by all three residences. The terrace offers views of the urban skyline and the distant mountains.
The building's reinforced concrete structure helped determine its spatial configuration, according to the architects. 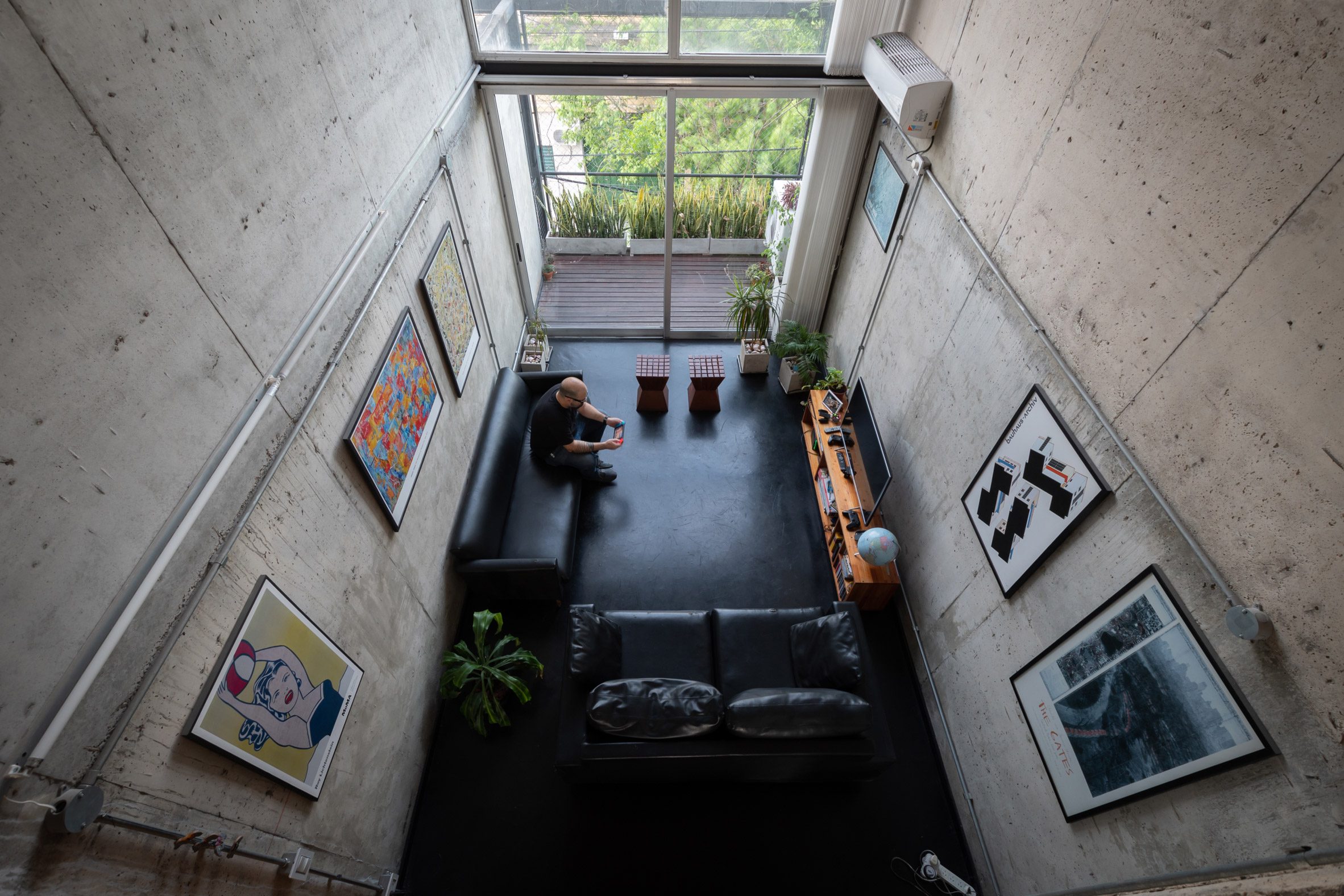 A double-height living space occupies the third storey
"Four longitudinal concrete partitions, four levels high, define the 'bars' of the three vertical spaces of each unit," the team explained.
Moreover, on the facade, an inverted beam spanning 10 metres – between the two party walls – allowed for the central partitions to not extend to the ground. This is turn freed up space for a hallway and a three-car garage. 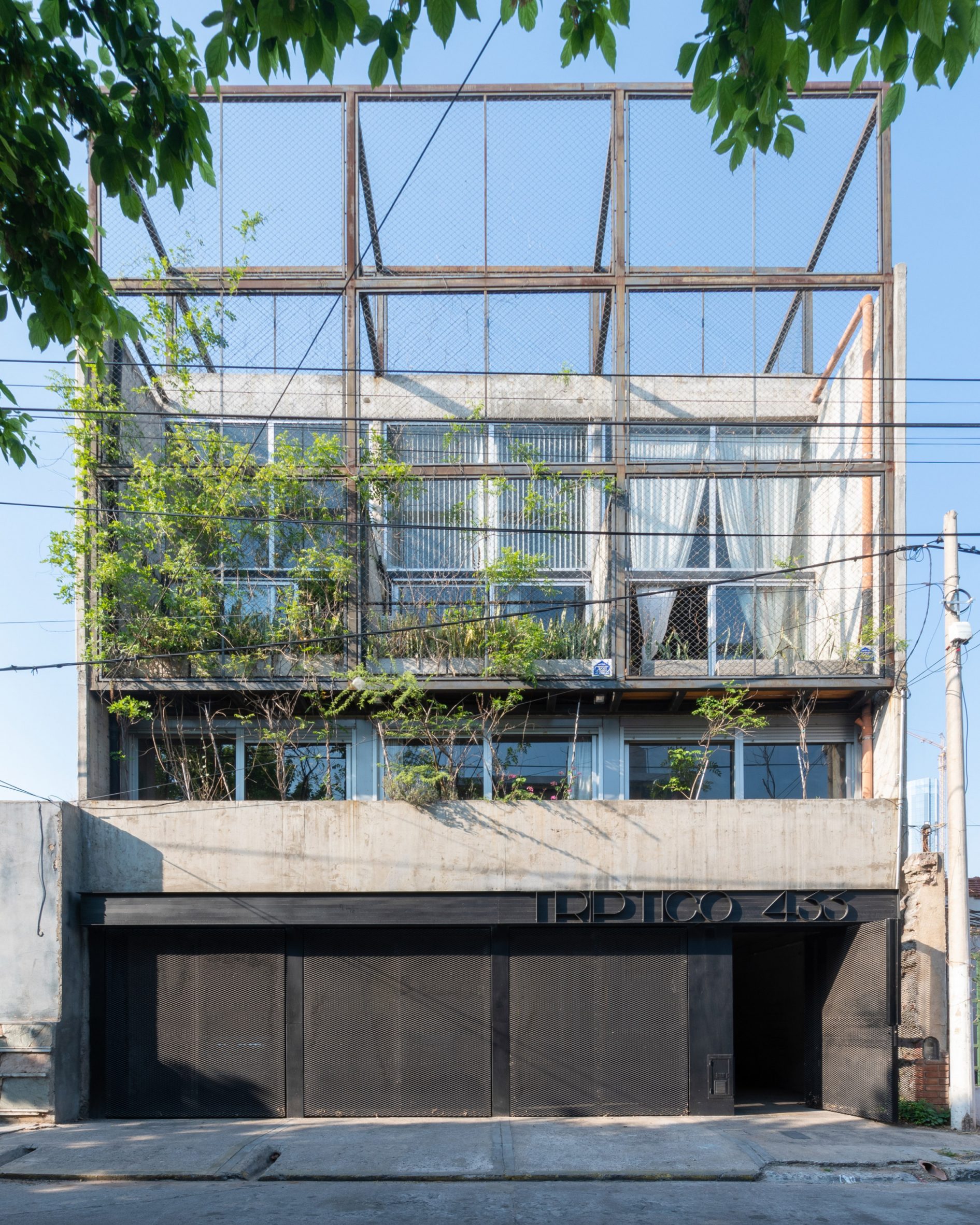 A three-car garage seen from the facade
"This space, when the vehicles are removed, becomes a space for sporadic social events for the inhabitants of the consortium," the team said.
The north elevation consists of a metal frame wrapped with galvanised wire mesh. The mesh is covered with deciduous vines, mainly wisteria, which grows out of concrete planters lining the facade. 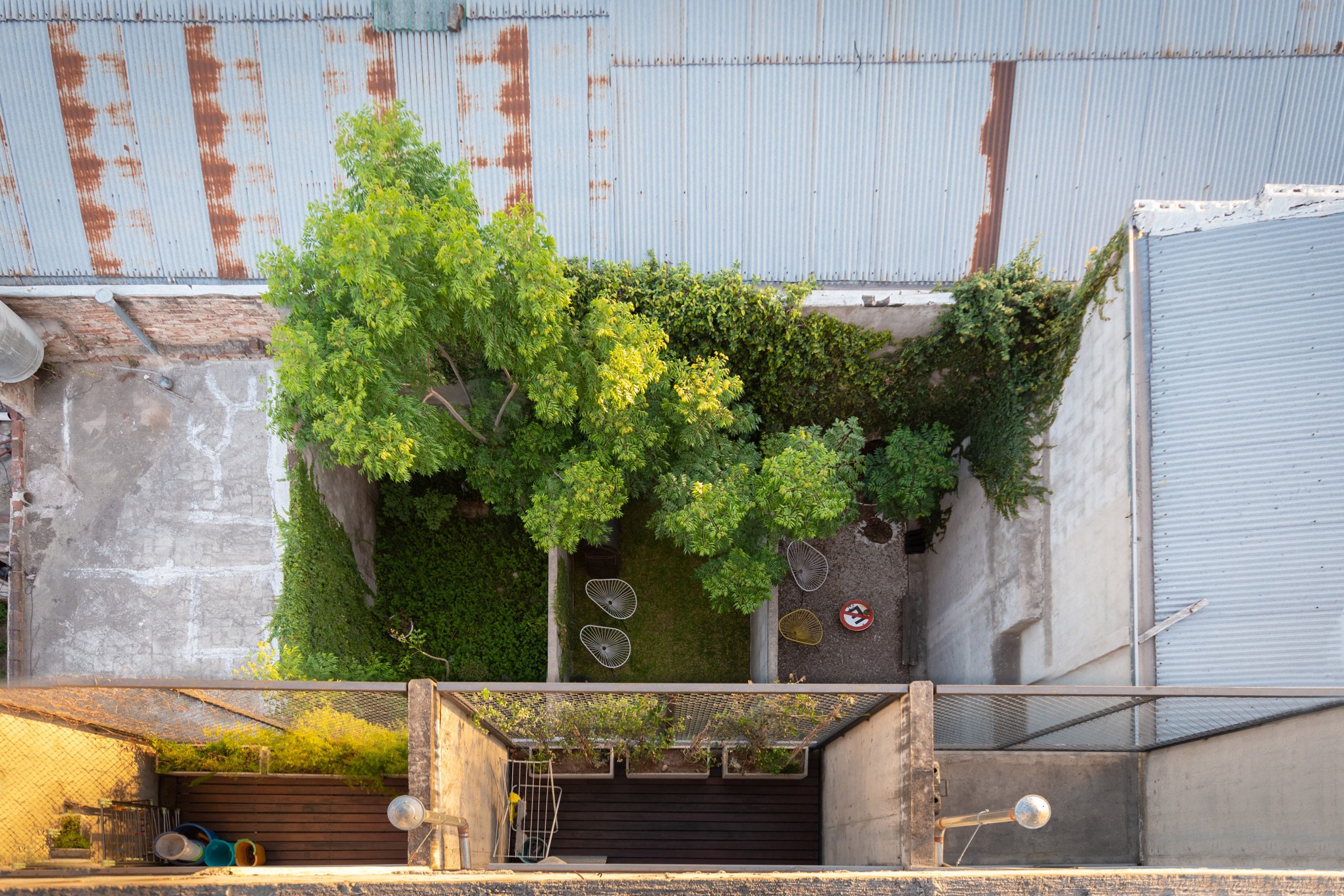