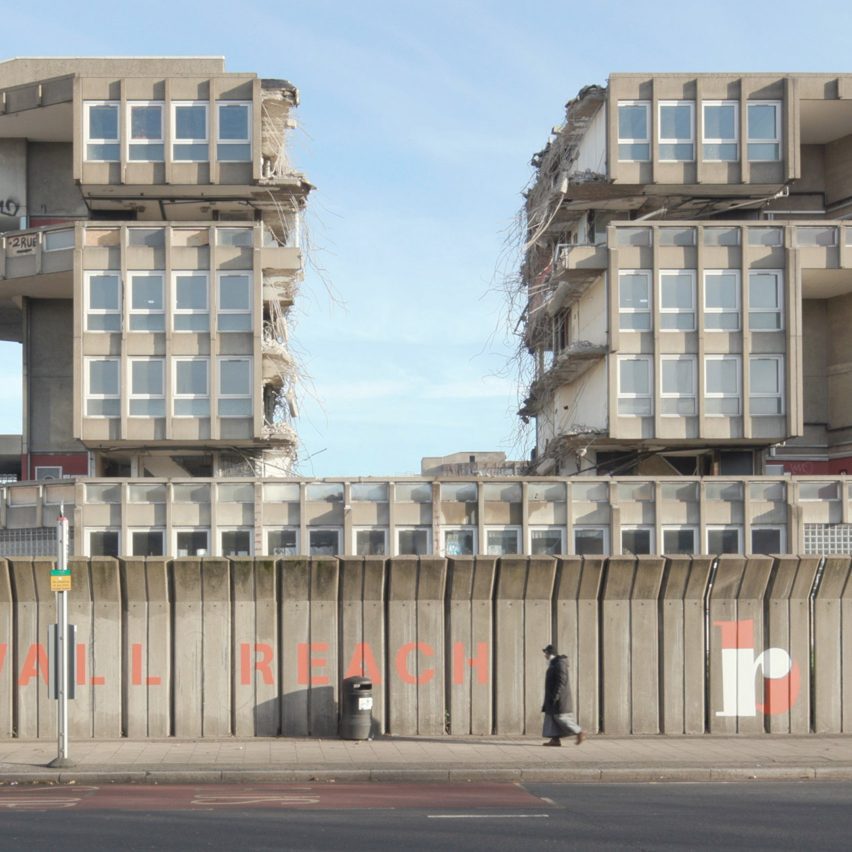 Brutalist buildings around the world are in danger of demolition due to attacks from right-wing politicians, according to architecture historians.

Tim Verlaan, an assistant professor at the Amsterdam Centre for Urban History, said that an association between brutalism and left-leaning social policies has caused opposition to the architectural style from the right.

"Today, criticism on brutalism and modernism is mostly voiced by those on the far-right side of the political spectrum, precisely because of the association between modernism and the post-war welfare state," he told Dezeen.

Historian and author Barnabas Calder said the demonisation of brutalism is part of a broader, politically motivated shift towards more traditional styles of architecture.

"The Trump programme was explicitly attacking brutalism and seeking a kind of stage-set fascism," he said, referring to an executive order issued by the former president.

"There are some very, very visible manifestations of the welfare state in brutalist architecture," Calder said, pointing to iconic structures including Trellick Tower, a social housing tower in London designed by Erno Goldfinger, and the Southbank Centre, a public art complex on the Thames.

Calder, who is the author of new book Raw Concrete and Architecture: From Prehistory to Climate Emergency, added that many brutalist buildings were built by private developers rather than the state. However, right-wing attempts to link the style to socialist ideals date back to the seventies and eighties.

In the UK at that time there was "a successful bashing of it in those terms under the Thatcher period by the right because, by that stage, these buildings were in a sorry state in many cases".

"There were lots of social housing built in that style, which was being deliberately run down and badly maintained," Calder added.

"There is a connection to be made between the advent of neoliberal policies and the attack on the welfare state from the 1970s onwards and the mounting criticism of brutalism," agreed Verlaan, who is also a former editor of online magazine Failed Architecture.

"To many critics, [brutalism] also came to stand for big government and the alienation of mass society," he explained.

The purge of buildings built in the brutalist style is accelerating today. In 2018, the Robin Hood Gardens housing estate by British architects Peter and Alison Smithson was demolished, while buildings including the Derby Assembly Rooms by Casson, Conder & Partners and Swansea Civic Centre by CW Quick are under threat.

In the USA, brutalist buildings such as Paul Rudolph's Burroughs Wellcome building and Shoreline Apartments have fallen victim to the wrecking ball.

Elsewhere, landmarks such as Kenzo Tange's Kuwait embassy in Japan, the Hôtel du Lac by Raffaele Contigiani in Tunisia and Gerd Hänska's former animal research laboratory in Germany called Mäusebunker, have been scheduled for demolition.

Brutalist buildings in need of refurbishment

This wave of demolition is not always driven by political ideology. Brutalist buildings were often cheaply built and many are in need of refurbishment.

"In the natural cycle of building maintenance, [brutalist buildings] will be needing a complete redoing of all their services," said Catherine Croft, director of the Twentieth Century Society.

"In most cases, brutalist buildings are demolished because developers think they can put something bigger and more lucrative on the site," she explained. "The nature of the building on the site is really of not much relevance to them."

Brutalism, characterised by bold monolithic forms cast from exposed concrete, is one of the 20th century's most controversial architectural styles. It soared in popularity in the 1950s during the post-war rebuilding of the UK, reaching its peak internationally in the mid-1970s.

Its name, which was coined by Alison and Peter Smithson, is a play on béton brut, the French term for raw concrete. But the negative connotations of the term helped make it easy to demonise.

"Brutalism is a relatively easy target, starting with the conflation of the term Brutalism with the adjective 'brutal', which many opponents of the style use in describing its buildings," said Deane Madsen, the founder of online brutalism appreciation society Brutalist DC.

In place of brutalism, some populist politicians are today advocating a return to traditional styles of architecture, Calder said.

The UK government's Building Better, Building Beautiful Commission favours traditional architecture and is a "fetishisation of Georgian architecture," he said. 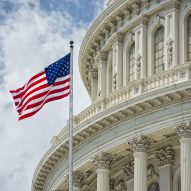 However, he added: "It should be noted that they rarely distinguish between brutalism, modernism and structuralism. All things modern are bad."

The post Brutalist buildings threatened by right-wing politicians as part of "attack on the welfare state" appeared first on Dezeen.