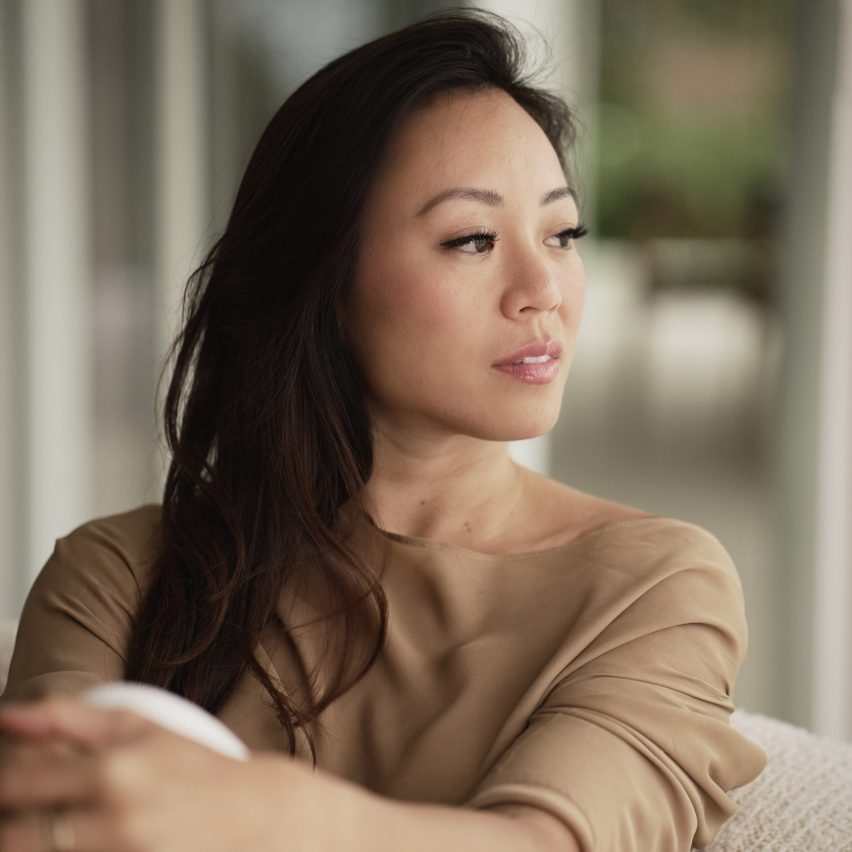 Dezeen promotion: in an interview with Swiss window brand Sky-Frame, architect Dara Huang speaks about the connection to health, wellbeing, and spirituality that drives her architecture practice.

Speaking to Sky-Frame, Huang said that she believes proximity to nature can extend a person's lifespan and that her work as an architect was driven by the ability to foster this change.

"I truly believe that you can extend your life by the adjacency by which you live to nature, to water and sky," said Huang. "If I can realise this to elongate someone's life – that is an amazing gift."

The founder of architecture studio Design Haus Liberty, Huang spoke to Sky-Frame from the Villa Mosca Bianca, a house she had designed on the shores of Lake Maggiore in northern Italy.

The residence affords sweeping lake views through uninterrupted wraparound windows. Sky-Frame describes it as "an organic composition of white and light stone, glass, and brise soleil – an interplay of translucency, opening, and closing".

The house also includes an internal garden containing existing trees that the residence was built around.

"The concept of the house was how to live with nature, so it was really important that when you walked in, you felt like you were still outside, and that the reflections carry within and through the house," said Huang.

"It's almost as if the outside is literally coming in and they really become one. It's really nice that this house embodies the sky," she continued. "You've framed it and you own it and that's your living space. For us, this relationship between owning the sky and being in very spiritual space is what makes this house so special."

The interview with Huang forms part of Sky-Frame's Another Point of View series, which is a series of articles on architects and designers.

The article explores how the primacy Huang places on health and wellbeing influences her material and aesthetic choices.

Huang worked at Herzog & De Meuron and Foster + Partners before founding her own firm in 2013, at the age of 30.

Sky-Frame is a Swiss brand that has been known for its sliding window systems since 1993. Its products are seen in thousands of properties across all continents.

Find out more about Sky-Frame products on the brand's website

This article was written by Dezeen for Sky-Frame as part of a partnership. Find out more about Dezeen partnership content here.