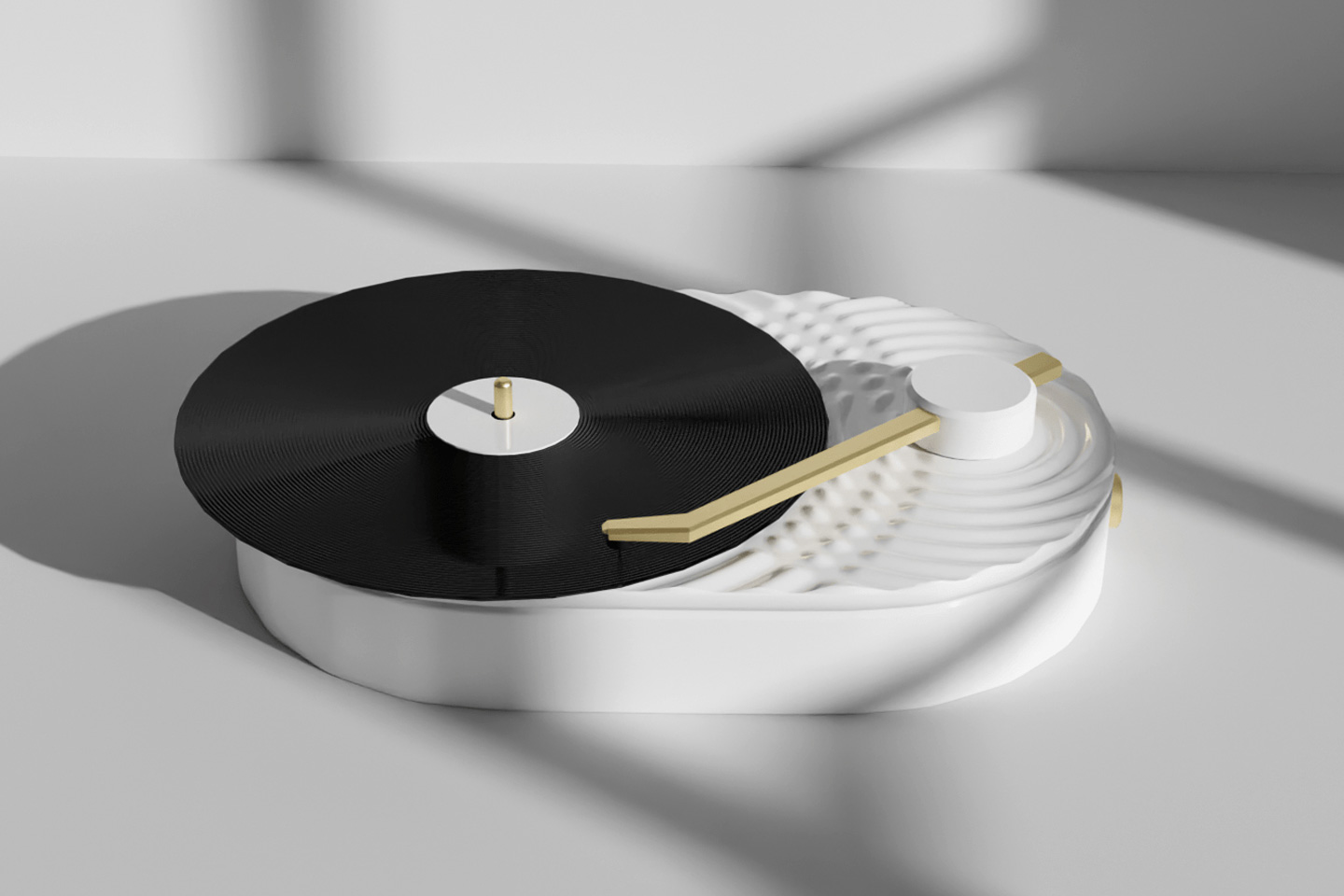 A clever play on how sound emanates from a source like ripples from a single point, the Ripple Turntable turns audio waves into literal waves, with its surface treatment. The pristine white turntable comes with a rippled surface, with waves emanating from the spindle at the center of the platter, as well as from the origin of the swing-arm, and intersecting in the middle to create that perfect bit of visual drama.

The entire turntable is white, with the swing-arm adding a gold accent to it, and the vinyl disc itself bringing a bit of black to the mix. Although conceptual, the turntable's visual experiment is interesting, to say the least. Most turntables are either designed to look retro, or over-the-top luxurious. The Ripple, however, is a deviation from the norm, with a design that's minimal, quirky, and has a great sculptural quality that lends beautifully to Scandinavian or Japanese home decor styles! 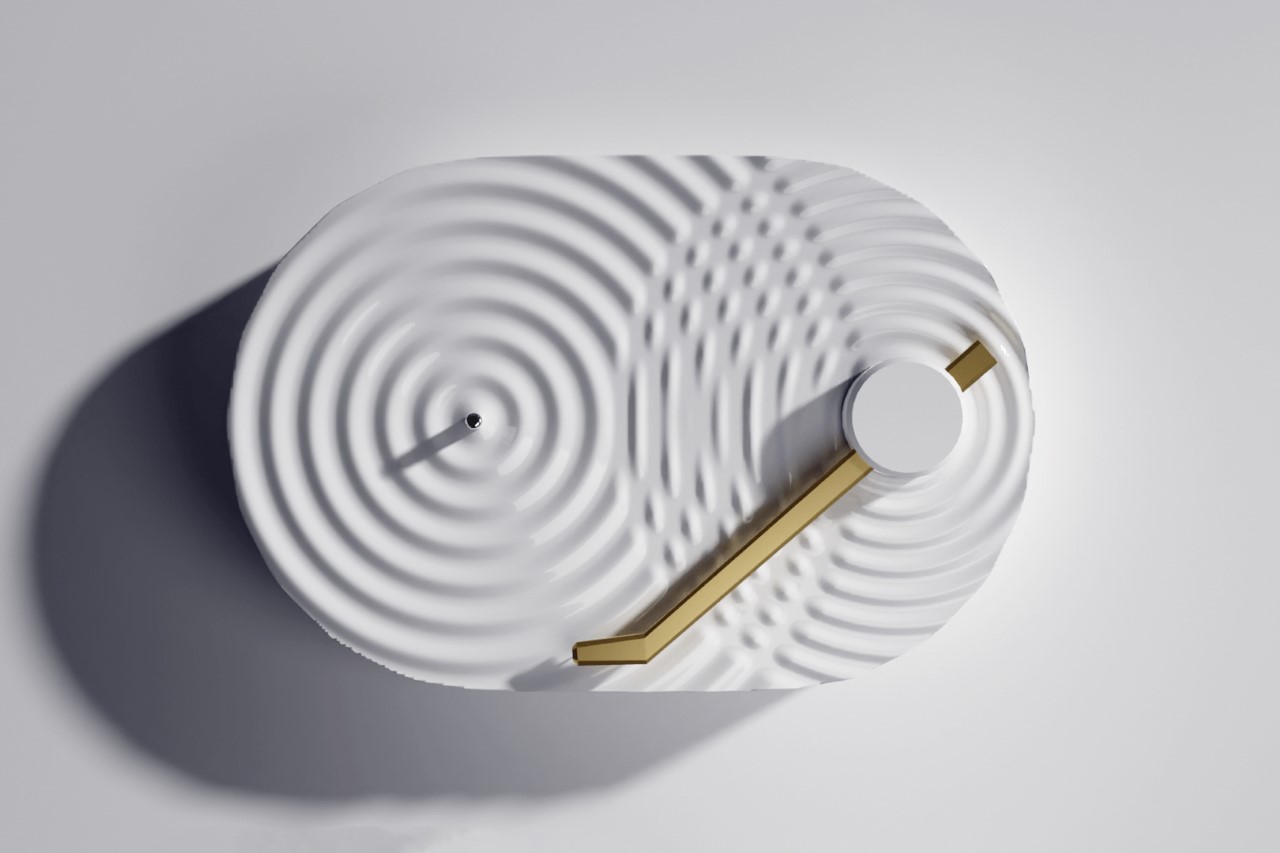 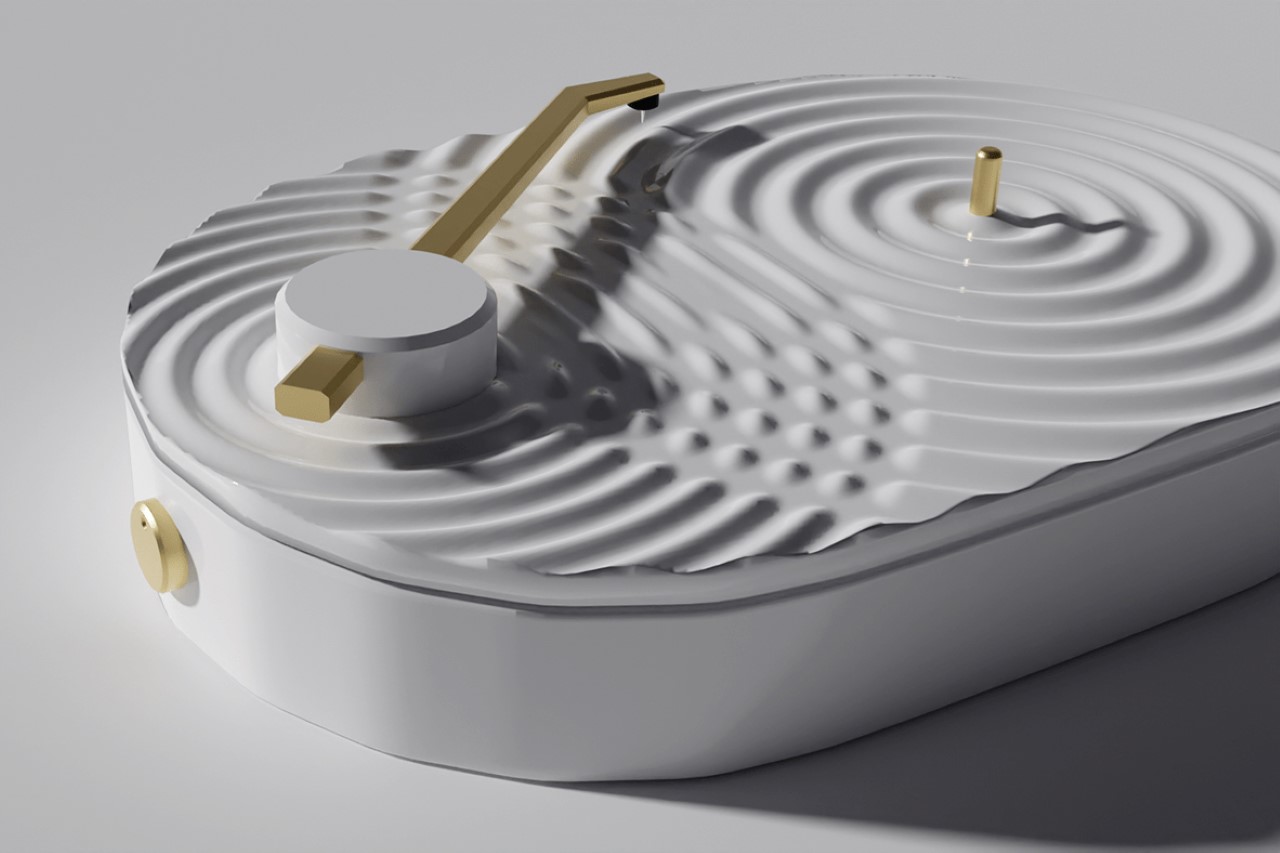 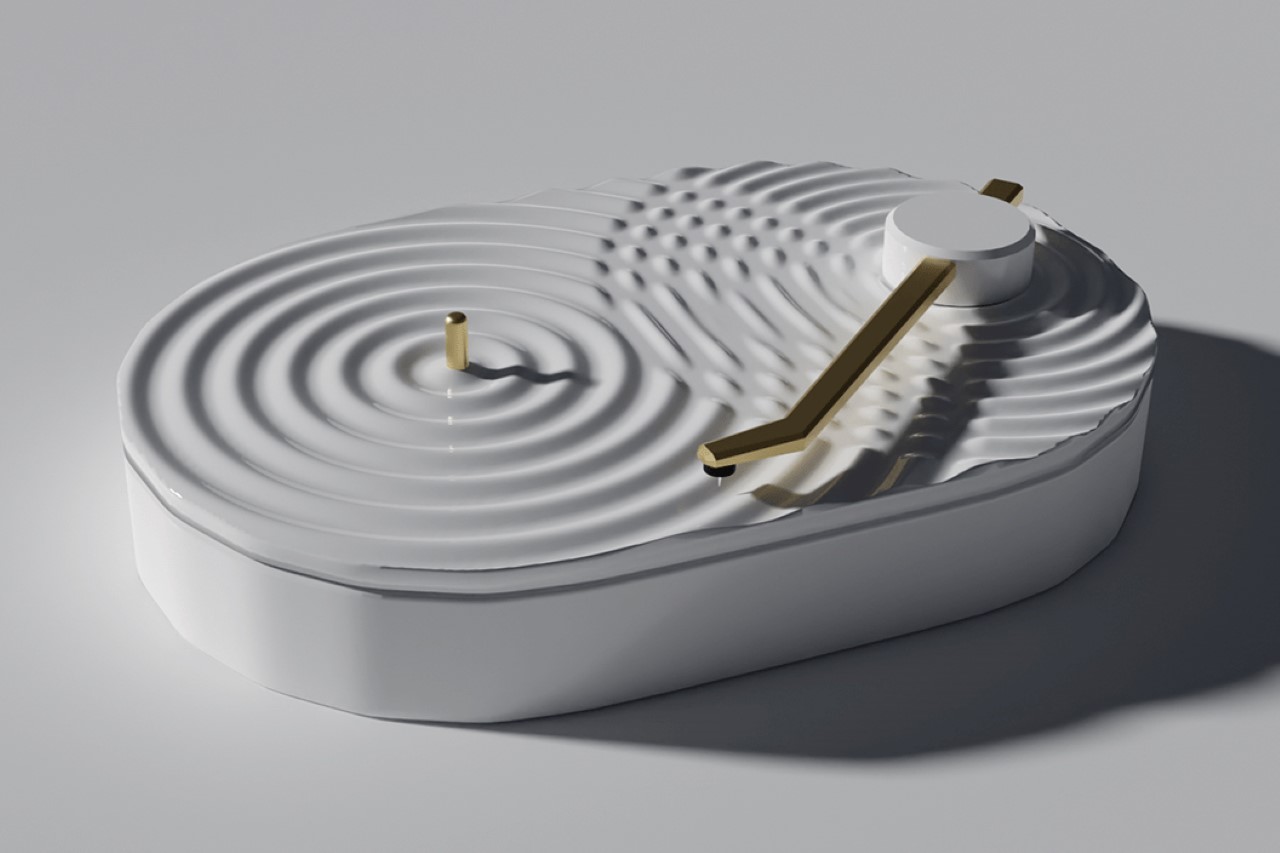 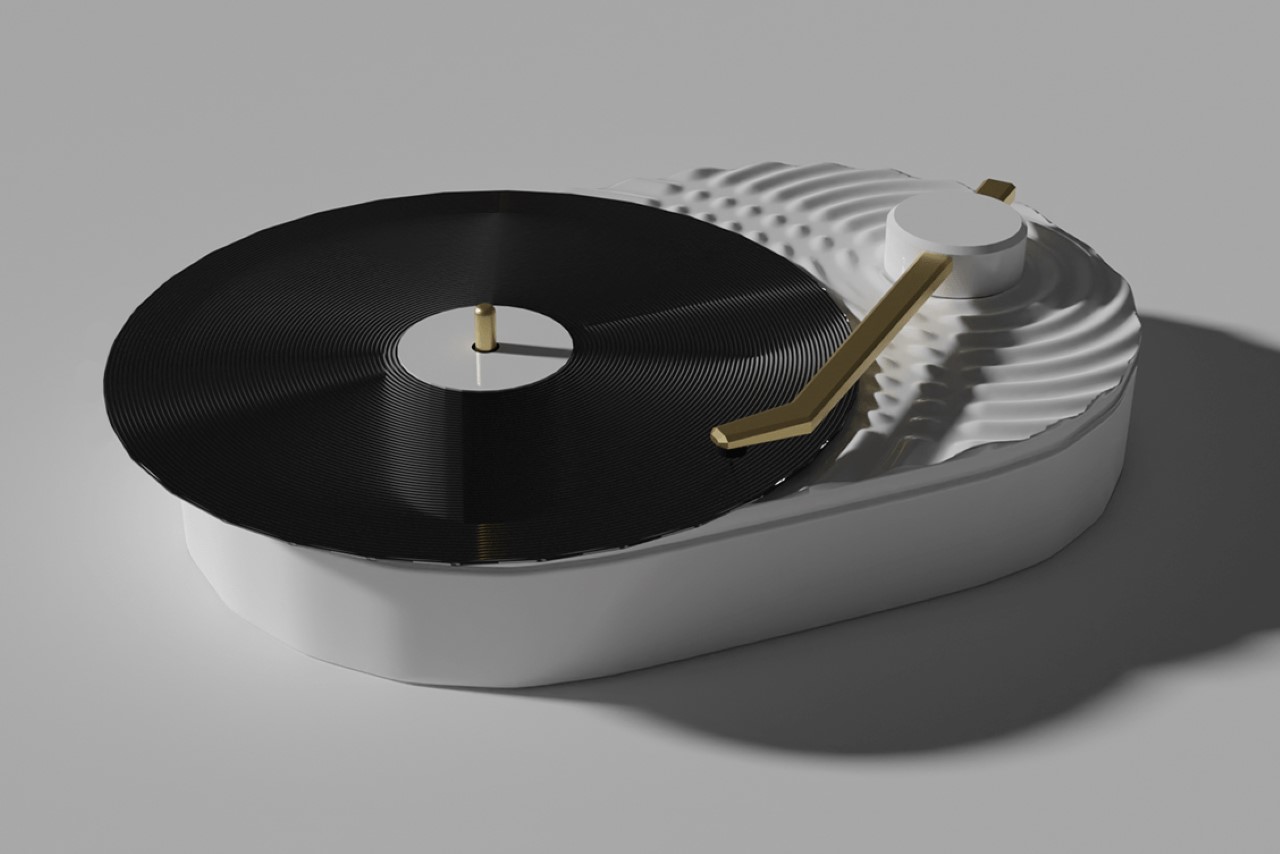 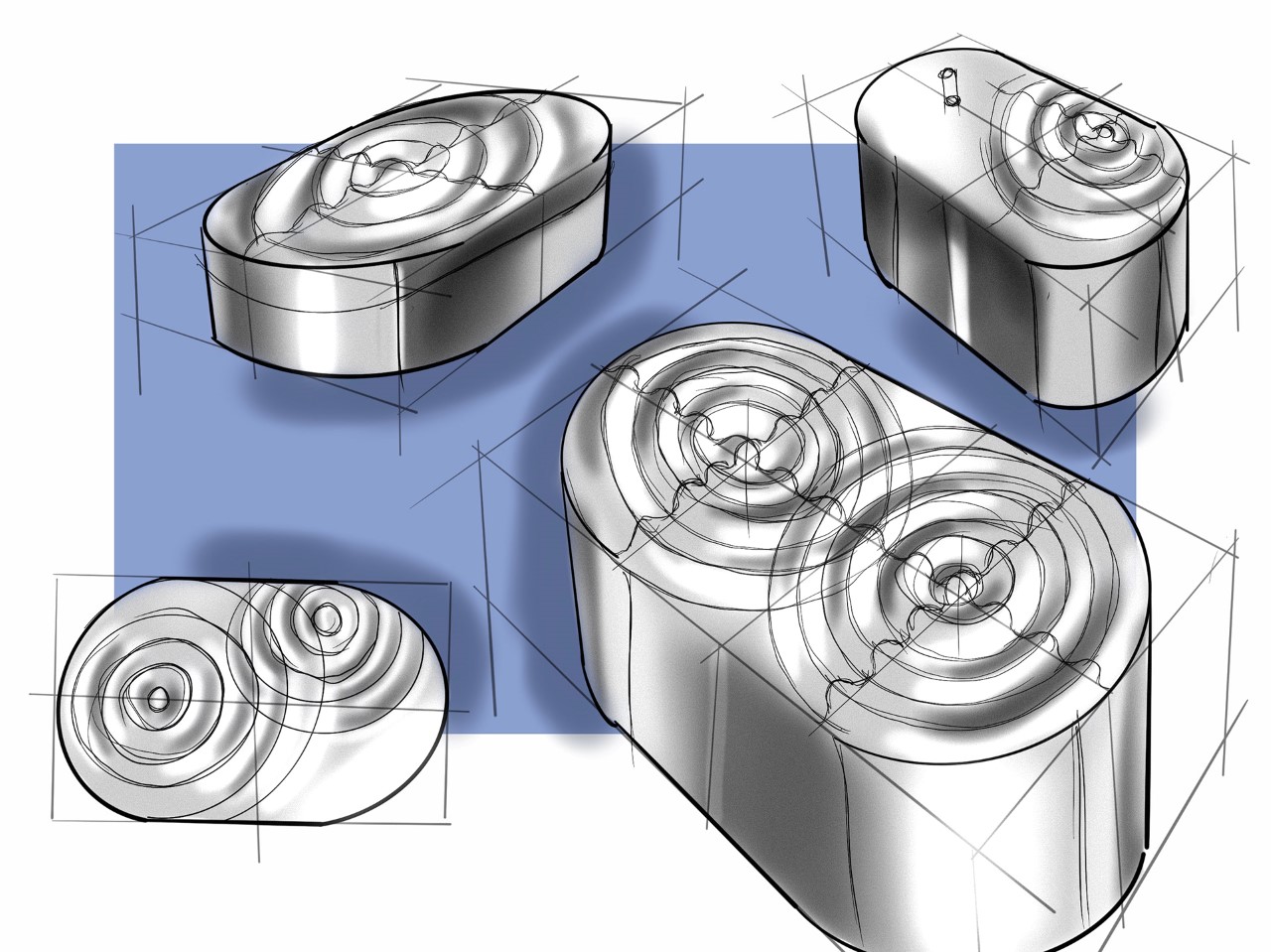 The post The 'Ripple' turntable transforms the idea of sound-waves into actual waves modeled onto the surface first appeared on Yanko Design.